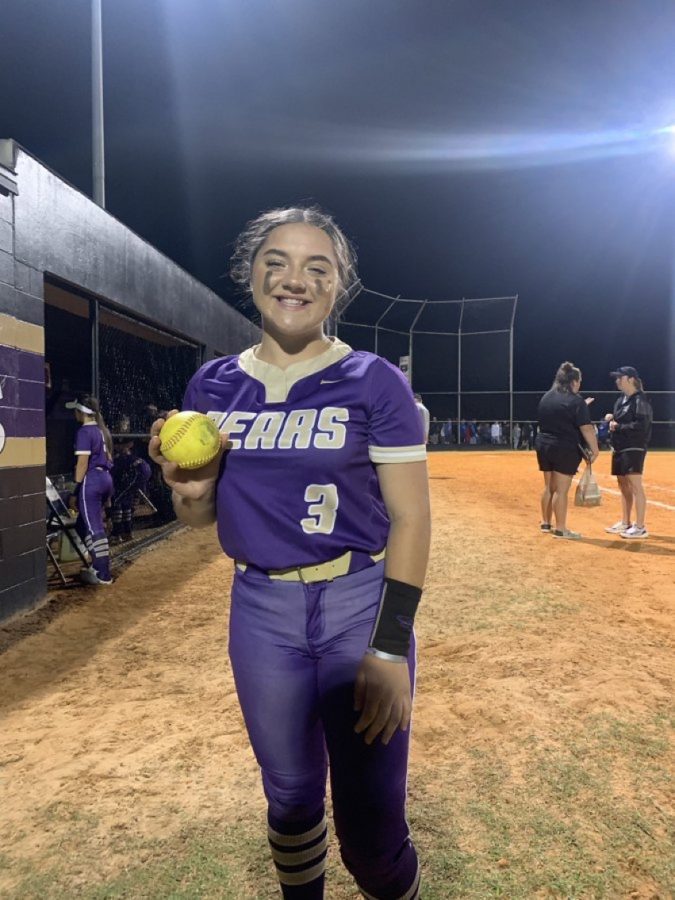 The starting lineup was announced and the national anthem blared on the loudspeakers as players and fans alike waited with anticipation for an exciting game ahead. The game officially began with the Apopka Blue Darters up at bat and they started off strong with the first batter hitting a nice single. The second batter was thrown out at first but the other runner was able to steal second. The next batter then hit a near perfect ball just down the left side barely staying fair, and after a succession of blunders by the Bears, a runner was able to steal home to make the score 1-0 in favor of the Darters. The Bears could not get any production at bat so the score remained the same going into the second inning. Apopka once again started the inning strong by getting three runners on base. The opportunity was great but they were not able to capitalize. The Bears held strong and did not allow any runners to advance. The Bears looked to respond with a run during their next at bat, and that they did. Hannah Booth hit a nice ball to left field and was able to get on first base. Genesis Iglesias then checked in to run the bases. Kendall Gaffney had the next at bat and she did not disappoint. She hit a missile down the middle of the field that was able to get Iglesias in for the run. After the second inning it was tied up 1-1.

In the third inning the Bears pitching was able to hold strong and the Darters could not advance nearly anyone. The Bears at bat was looking bleak as well with them unfortunately getting caught in a double play with no more runners on base. This did not stop Kenzie Cox though, as she hit a strong ball into left field that got her all the way to second. Amber Daughtery then sent the ball straight down the middle to get Cox in for the run. At the end of the third the Bears held the lead 2-1. In the fourth inning neither team scored any runs and the Bears still held strong going into the fifth.

In the fifth inning the game started to pick up and both sides found their strides. Apopka gets a few nice hits and is able to advance a runner to third. Winter Springs then elected to walk one of their batters and all of the sudden Apopka had two runners in scoring position. Their next batter hit a beautiful ball to left field that skipped right past the infielders and got two runners home and took the 3-2 lead. The Bears however responded when Lindsay Corazzini was able to find her way to third base and Kenzie Cox hit a ball to right field that allowed Corazzini to get in for the run. In the sixth inning was another inning where both teams failed to get any production going at bat. The Bears were almost in scoring position but unfortunately had a runner picked off at third base.

As the sixth inning came to a close it was crunch time for the Bears. The seventh and final inning of regulation started with the Darters at bat and the Bears pitching led by Ashlyn Storms came up clutch and did not allow any base hits. In the bottom of the seventh, Ashley Corazzini trotted up to the plate, as the fans watched with anticipation. She swung and the bat cracked as the ball sailed up and up and finally over the back wall. The crowd cheered and high fived as Corazzini ran the plates and the Bears were declared the winner with a final score of 4-3.