He’s All That takes Netflix’s 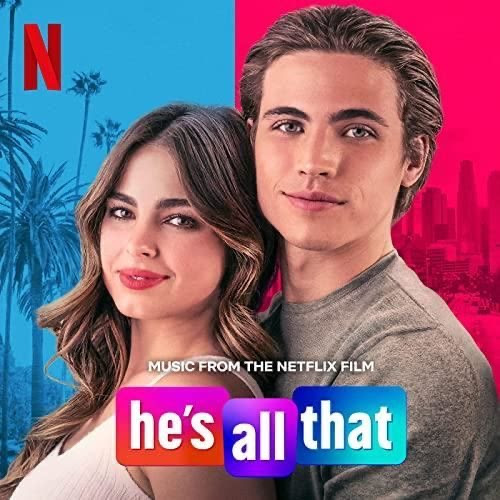 He’s All That is a reboot of the 1999 film She’s All That. The reboot follows the original plot of She’s All That, but with a 21st century twist. The film follows Padgett Sawyer, played by Addison Rae, a social media influencer who hopes to redeem her popularity after her boyfriend humiliated her by cheating. She regains her pride through dating Cameron Kweller, played by Tanner Buchannan.

One significant aspect in this movie is the actress that played Laney Boggs (Rachel Leigh Cwook) in the first movie comes back, but instead of playing Boggs, she is playing Sawyer’s mother in the reboot.

The cast is excited for the new Netflix movie, Addison Rae posted the trailer on Instagram (@addisonraee) stating, “HES ALL THAT TRAILER Well, HERE IT IS!!! The official trailer for @HesAllThatMovie!! I honestly don’t know how to explain the way I feel watching this,” she captioned the post. “I want to say a special thank you to Mark Waters and R Lee Fleming Jr, Netflix, Miramax, all of the producers, my insanely talented co-stars and every single person on the production who helped bring this film to life. August 27th only on @Netflix!!!’’ and also Kourtney Kardasian who also has a role in the movie. Kardasian posted “I spy Jessica Torres”, which is Kardasian’s character in the new movie.

He’s All That comes out August 27, 2021 which will be available on Netflix. With people bussing on the internet being excited to watch the new reboot. with high expectations that this new movie will live up to the hype that the original film did when it came out in 1999.