Best Friends: Is it worth reading? 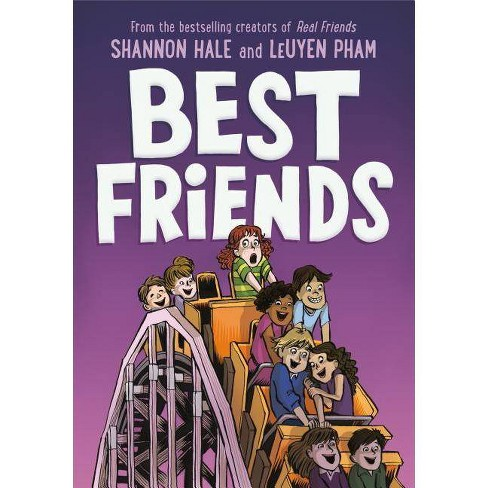 Best Friends is a graphic memoir written by Shannon Hale and illustrated by LeUyen Pham. The book is based on the true story of Hale’s time as a sixth grader in Salt Lake City, Utah in 1987. Shannon has high hopes for her sixth grade year, as she’s part of the popular crowd called “The Group”, and Jennifer, better known as Jen, the leader of the group and the most popular girl in their school, is her best friend. The story follows Shannon struggling to keep up with The Group’s ever-changing rules in an attempt to stay liked and popular, as well as struggling with her own insecurities and OCD. According to the description, the book is “a true story about popularity, first crushes, and finding your own path.”

Best Friends, which was published on August 27, 2019, is a sequel to the 2017 award-winning graphic novel Real Friends, which followed Shannon trying to keep up her friendship with Adrienne, her childhood best friend, as well as stay in “The Group”, all while dealing with her undiagnosed OCD. According to Hale, the series’ third book, Friends Forever, will pick up with Shannon in eighth grade struggling with her friendships, dating classmates, insecurities and, according to the blurb,“undiagnosed depression.” It is expected that the book will be released on August 31, 2021.

Overall, Best Friends is a very good book, just like its prequel. The story has plenty of heart and humor, and many readers can relate to the feelings and insecurities that Shannon experiences throughout the story. At the end of the book, Hale includes a note to the reader, in which she, among other things, explains some aspects of the story, looks back on her feelings, and reassures readers that it’s ok that they’re not perfect. I would rate this book a 5/5 and highly recommend it to anybody going through their own self-doubts or tough times. Judging by Real Friends and Best Friends, Friends Forever is a book to look forward to.