The Bear Truth News • May 6, 2021 • https://beartruthnews.com/4038/entertainment/spongebob-squarepants-episodes-get-pulled/ 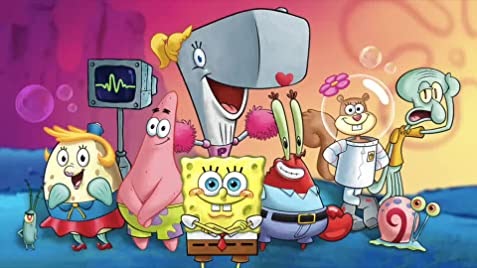 One episode of SpongeBob SquarePants was pulled in March due to its virus-themed storyline. In the episode of  “Kwarantined Crab” from season 12, a health inspector visits the Krusty Krab and announces to everyone that there is a case of the “Clam Flu,” and they would have to quarantine inside the restaurant which leads to chaos. The episode was ultimately pulled  “due to sensitivities surrounding the global, real-world pandemic” said David Bittler, Nickelodeon’s Executive Vice President of Communications.

An episode that Nickelodeon quietly removed in 2018 is from season 3 called “Mid-Life Crustacean.” In this episode, Mr. Krabs is going through a midlife crisis and needs some excitement in his life so he asked if he could join SpongeBob and Patrick on their wild night out. One particular scene from the episode that may be put into question is when Patrick suggests a “panty raid” this leads to SpongeBob, Patrick, and Mr. Krabs breaking into a woman’s house and stealing her underwear. It turns out they broke into Mr. Krabs’ mother’s house and were caught by his mother, Mr. Krabs was sent to his room as a punishment.“I believe in today’s society that people are way too sensitive, they tear apart children’s programming even as far back as when my mother was a child. I think there are more important things we as a country should be more focused on.” said Jas Miller, a WSHS student. The episode was taken off of Amazon Prime and other streaming platforms where the show is on but the episode is still available on a DVD box set on SpongeBob: The First 100 Episodes.