Fans welcome a new member of the “House of Harington” 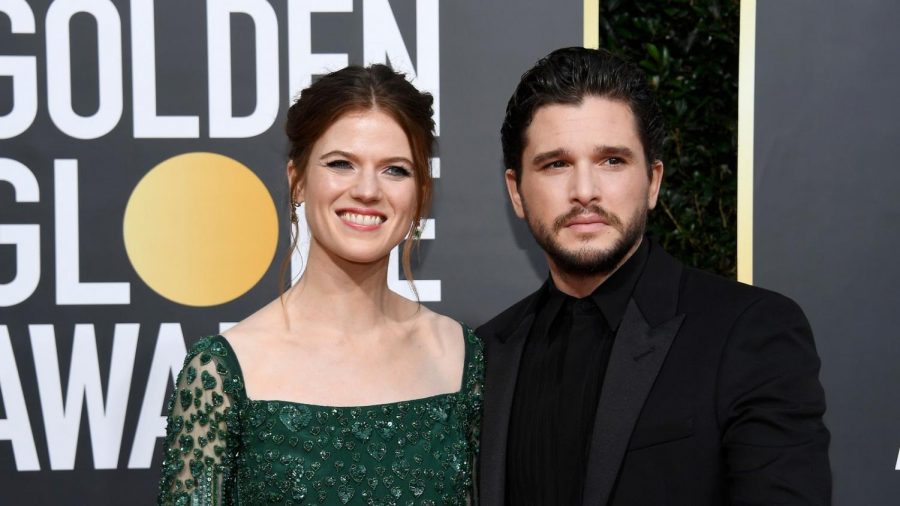 Kit Harington and Rose Leslie met on the set of the popular HBO fantasy series, Game of Thrones back in 2011. The two starred as Jon Snow (Harington) and Ygritte (Leslie), an illegitimate child of Eddard Stark and a woman of the Free Folk who reside north of The Wall. The two had an on-screen relationship starting in season three. They began to meet up overtime and confirmed their romantic relationship in 2016, mostly kept to themselves. It became official on June 23, 2018 when the two sealed the deal with marriage, where friends, family, and co-stars rejoiced with the newly wedded couple.

Following about three years after, Leslie announced her pregnancy, but continued to keep details about their baby hidden from the public. Her secrecy was understandable due to the amount of pressure and standards social media holds. As of February 16, Harington and Leslie’s first baby was shown to the world and the two stated they were ecstatic. The newborn boy’s name and date of birth has not yet been revealed as fans eagerly await for upcoming news. Several admirers have come up with names of their own to satisfy their interest in the baby.

In the show they starred in, Jon Snow and Ygritte were on opposite sides of The Wall and enemies of each other. He was a part of the Night’s Watch while she was a Wildling. Jon’s refusal to kill Ygritte eventually led the two to fall in love as they venture into the snowy terrain together. Their love was ultimately cut short as the Battle of Castle Black caused the death of Ygritte who was shot with an arrow and passed away in Jon’s arms. Despite the death of their on-screen romance, their off-screen love will continue to shine throughout the years as they take the next step forward in becoming parents.