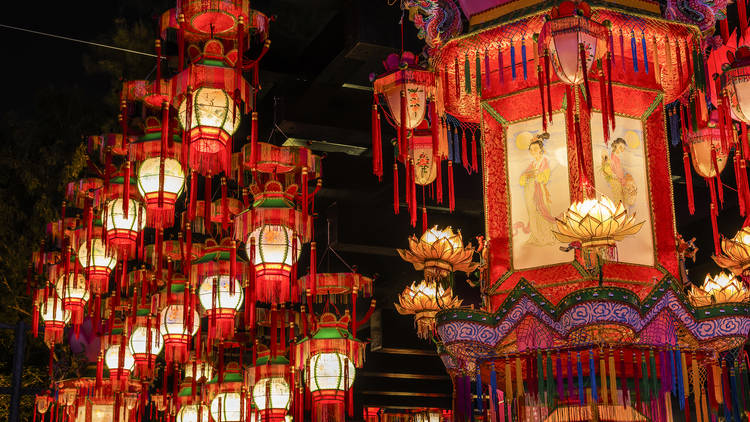 Every year, the Mid-Autumn Festival is celebrated between a span of three to eight days depending on the country. The event is also known as the Moon Festival or Mooncake Festival and is celebrated across Asia. Originating in China, the festival was derived from the moon worship during the Zhou Dynasty, the longest dynasty in Chinese history. As more and more people started to accept the tradition, the festivities began to grow popular. It is said that the moon shines the brightest of the year during the festival times.

The celebration took place over 3,000 years ago and is highly influenced by Chinese culture. The Mid-Autumn Festival celebrates the new harvest season along with lunar appreciation. The festival starts on the 15th day of the 8th lunar month. This is based on the Lunisolar Calendar in which the Lunar New Year begins in February, making the festival fall between mid-September or early October. This year, October 1st was day one of the celebration

During these times, families come together to commemorate being with one another. The foods that are popular around this occasion are mooncakes, river snails, pumpkins, taro, hairy crab, and osmanthus flowers. For starters, the mooncake is traditionally eaten during the festival (hence why another name is the Mooncake Festival) and reflects the shape of the moon in its roundness. These cakes represent completeness and/or togetherness. They are elaborately decorated with patterns that often depict legends of the festival. Mooncakes are given to family gatherings as well as friends. The other foods listed are said to bring good health, luck, etc.

Outside of eating food, traditions such as dragon dances and lighting lanterns are found and appreciated in those days. The legend that comes with the Fire Dragon Dance was about an elder who was told in his dream to hold a dragon dance to drive out the plague. This caused the dragon dance to symbolize warding bad luck. Similarly, lanterns are lit to bring good fortune and to light the way for friends and family.

To summarize, the Mid-Autumn Festival is a joyous occasion to share with friends and relatives, enjoy those around you, and celebrate with family traditions.