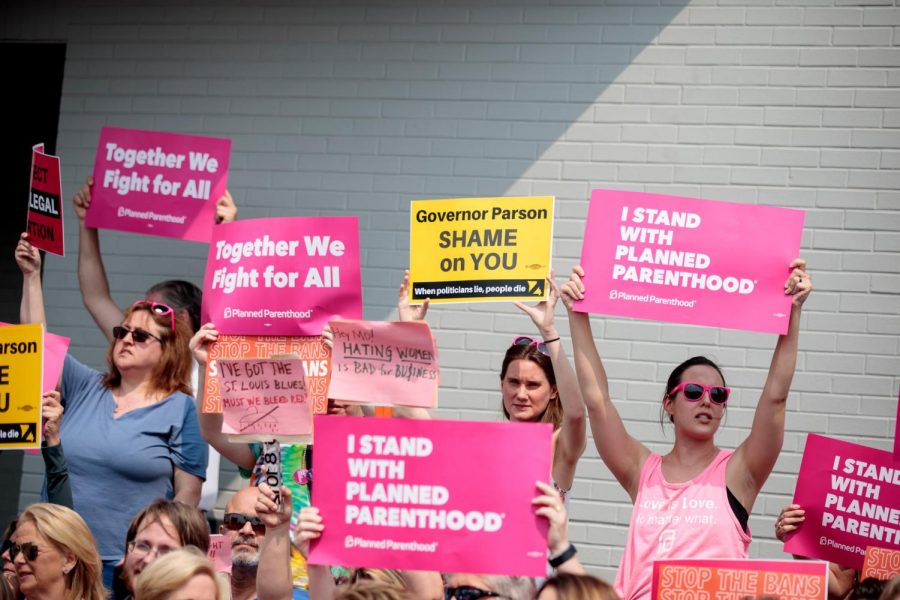 Courtesy of: The New York Times

In recent days, President Trump announced that he promises to “defund Planned Parenthood” if re-elected. As the decision is currently beyond his time in office, his goal emerged at the beginning of his presidency back in 2016, striking down the non-profit organization that is currently the nation’s most trusted source of reproductive and sexual care. With the wildly surrounding arguments on the basis of women’s rights, it’s time to state the facts and ensure a warning: do not defund Planned Parenthood.

So what is “defunding” anyway? In Planned Parenthood’s case, it means not only taking away crucial government funding (none of which is used in aiding abortions) but restricting patients who use government-oriented health programs (like Medicaid and Title X) from getting the care they need. Defunding Planned Parenthood would be removing it from government-covered insurance programs.

While the argument of abortion is an astoundingly aggressive one, that isn’t what this article is about. This is about defunding a reputable source of healthcare for women and beyond. To shed light on a common misconception, Planned Parenthood isn’t just abortions. Statistically, and according to the Planned Parenthood’s 2019 Annual Report, Planned Parenthood serves more than 2.4 million people (including almost 300,000 male patients,) with leading services being STI/HIV testing and treatment (50 percent of all yearly services,) birth control information and services (26 percent) and breast exams and pap tests (21 percent). Abortions make up 4 percent of all medically affiliated services performed at Planned Parenthood.

With all that being said, what are the possible benefits to it being defunded? Would it save the country money? As a matter-of-fact, if Planned Parenthood was defunded, America would begin to lose money. If the Trump Administration is talking about money rather than blunt personal opinion, then they would be in action to save it. According to the I Stand with Planned Parenthood Action Fund, an affiliate website of Planned Parenthood, the common myths are debunked. First of all, every public dollar spent towards family planning services saves the government an estimate of $7.09 in state and federal dollars. Adding in Planned Parenthood’s annual revenue, defunding the organization would cost taxpayers over $130 million over the course of ten years.

In addition to this information and with all this talk of “defunding,” it would make sense to think of Planned Parenthood having its own line in federal budgeting. That is completely false. There is no such thing as a “blank check” for Planned Parenthood. Just like hospital care, Planned Parenthood receives Medicaid reimbursements for services provided to low-income patients, which make up 60 percent of all Planned Parenthood patients. Defunding the organization is an attack against low-income patients who rely on Planned Parenthood as their primary source of care and have nowhere else to go. To be fair, Medicaid reimbursements don’t even go towards abortions anyway, per the Hyde Amendment of 1980, which restricts the use of federal funding to pay for abortions unless the pregnancy resulted from incest or rape. Therefore, saying that other medical service providers such as community health centers could never be able to cover Planned Parenthood’s rapidly growing patient base, it’s safe to say it would be better to keep the organization afloat, rather than trying to force it to sink.

What happened if it was defunded? America has already seen the immense consequences of  the action as Texas defunded Planned Parenthood services back in 2014. According to the Texas-based Center for Public Policy Priorities:

Between 2011 and 2016, the number of women receiving health care dropped by almost 40 percent.

And because of new Texas policies, 82 women’s health clinics closed or ended their family planning services, a third of them being Planned Parenthood clinics.

Planned Parenthood services for women, apart from basic routine exams, include breast exams, Pap tests, cancer screenings, infertility services, prenatal services, childbirth classes, and much more. Regardless of the fundamentally genetic procreation of life, our lives originate from women; who courageously went through nine months of complete transformation to give you the two legs you walk on and the heart that makes you who you are today. Why are we not protecting our women more? Why are we restricting them from the care they need, time and time again?

Furthermore, Planned Parenthood isn’t just healthcare for women, it’s also healthcare for men and the LGBTQ community. Apart from basic male routine exams, Planned Parenthood offers medical services such as erectile dysfunction, vasectomies, and cancer screenings, just to name a few. Services for the LGBTQ community include education, resources, service referrals, and even hormone therapy for transgender patients. Defunding Planned Parenthood is an attack on affordable healthcare and the welfare of the American people. This is an attack on the LGBTQ towards an organization that accepts them and services that accommodate them.

Aside from the statistics, Planned Parenthood’s positive impact is more than just the health-related services they provide. Planned Parenthood provides publically accessible up-to-date information on sex and reproductive education for both males and females, which is lowering the stigma of all those “touchy” subjects and creating more knowledgeable future generations. The organization has even created a chatbot called Roo. Roo is a free, private, anonymous chatbot to answer questions from everything biological to relationships. Last year alone Roo received almost 750,000 anonymous conversations, which couldn’t have been done without the funding of Planned Parenthood.

In the fight, the Trump Administration has inflated the ability to claim some religious or moral objection against the right to choose, the right to affordable healthcare, and the right to freedom of separation between church and state. It would be stupid to defund an entire organization over one service (which is his entire reasoning,) and a small percentaged, clearly not federally-funded service at that. Why does he choose to go out and pin himself against an organization when there are clearly more important things he should be worrying about? Why does he choose to attack an organization that is creating healthier lives, whose lives run businesses and boost the economy? He fails to realize that there cannot be a successful, growing country (both physically and financially) without the need for care of its citizens. We cannot have a strong country if we don’t take care of the people who live in it. Stop keeping the American people in the dark; Planned Parenthood is something that needs to be protected, it must be protected. How are you going to fight for your healthcare?

Join the PP fight by texting “STAND” to 22422 for updates on important fights for reproductive health or by sharing your story online with the hashtag #ProtectX.