It is time to rethink America’s wage gap 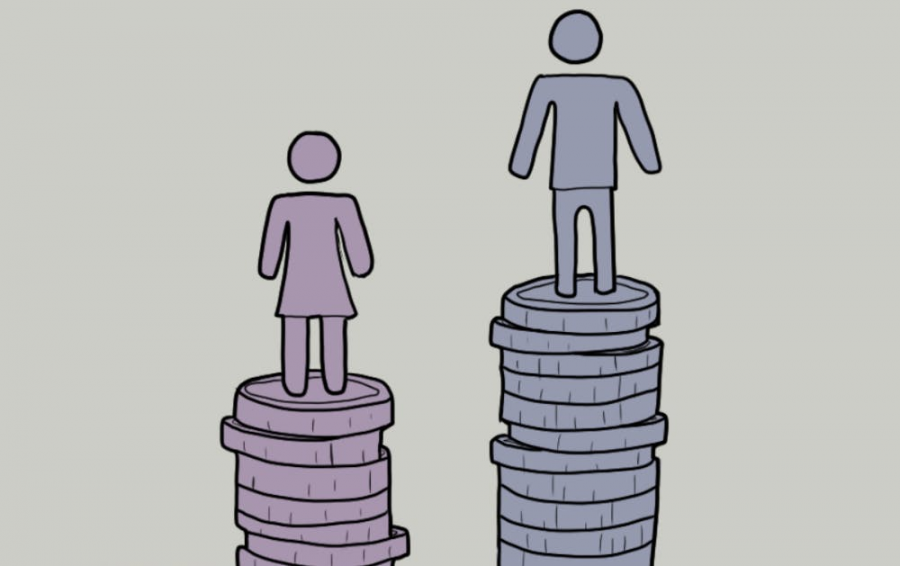 America, being one of the largest mixed economy countries in the world, doesn’t run without its people. You’re both a producer and a consumer, and one of the most crucial things our American people run on today is the possibility of economic stability. Although, one crucial thing society doesn’t talk about enough is the deceitful truth hidden in the stability, the gender wage gap. In its simplest form, no matter how you look at it, the gender pay gap is very real, very evident, and extremely detrimental to the economic security of women.

According to the American Association of University Women, “The gender pay gap varies substantially from state to state; due to such factors as the primary industries in the state and the opportunities they create, demographics such as race/ethnicity, age, and education level, regional differences in attitudes and beliefs about work and gender, and differences in the scope and strength of state pay discrimination laws and policies.”

While this multifaceted issue seems to present itself as some new problem on society’s agenda, it was never hiding right under our noses; it was always the problem hidden in plain sight.

So, what does this all mean? What are the statistics? According to the US Census Bureau, in 2018, “A woman working full time earns 81.6 cents for every dollar a man working full time earns on average. Additionally, women’s median annual earnings are $9,776 less than men’s.” The US Census Bureau also reported in the same year “a wage gap percentage across multiple professions ranging from 5.3% to 49.3% across the entire US, regardless of variation.”

In 2020, you would think that improving mindsets and attitudes towards the movement of equality would have sparked change and that this would be a setback from the past; why does it remain?

The Equal Pay Act was amended in 1963 over half a century ago, aiming at abolishing the wage gap based on sex. Why were we deceived into thinking it was fixed? While the wage gap as a whole has improved since 1963, one major reason why it still exists is because that it’s not just the mindsets of the companies that are the problem, it’s the discrimination towards their employees. In an op-ed for The Wall Street Journal, Facebook COO Sheryl Sandberg explains it: “more companies prioritize gender diversity than racial diversity, perhaps hoping that focusing on gender alone will be sufficient to support all women.” To add on, what also remains is the unfortunate fact that not all women have equal opportunities either. Gender and racial discrimination shouldn’t be taken as two separate points of issue, they should be both sides of the same coin.

Moreover, as our country unifies in aiding a pandemic, wouldn’t this be a great opportunity for change? Even in the midst of panic regarding COVID-19, what about our women on front lines? From doctors to nurses to even shopkeepers and airline employees, women are risking their lives every day providing needs to others. They are not undeserving of equal pay. No woman in any workplace is ever undeserving of equal pay.

Above all, this fight is not over. The Institute for Women’s Policy Research estimates that the equilibrium will not be reached until 2059. Will this ever be right? As multifaceted issues require equally faceted solutions, the first action in getting to shrink the gap should be pay transparency. Reducing the secrecy of wages ends possible discrimination.

Ultimately, the change doesn’t just happen. This issue won’t end without a fight, and it starts with the women and men who are willing to diminish this gap. Are you willing to advocate for your economic security?