WSHS Wrestlers Move on to States 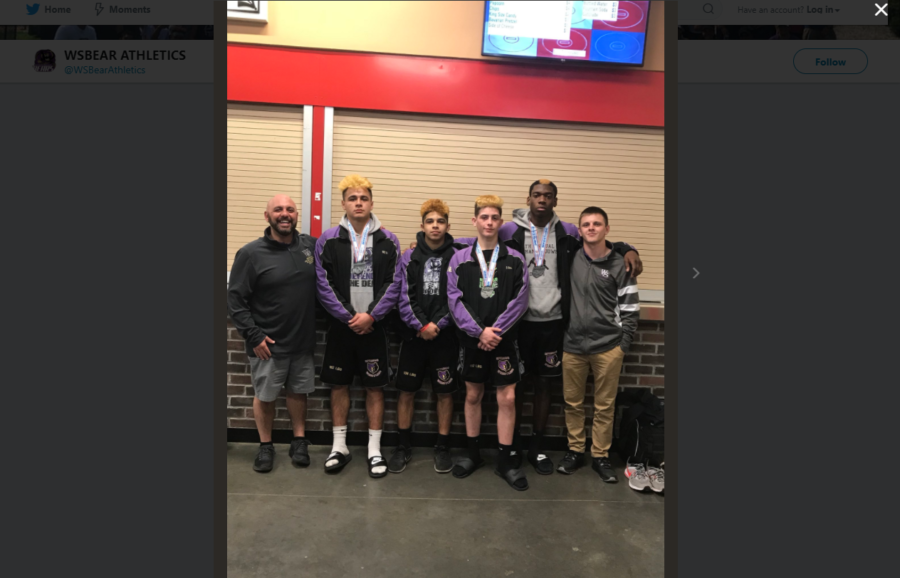 Four WSHS wrestlers are moving onto the state competition.

“The four qualifiers are Matt Phillips (132lbs), JJ C. (138lbs), Bobby Williams (182lbs), and Jessiah C. (195lbs). All of them worked really hard this season, and that’s why they’re in the spots that they’re in, and are getting to the state tournament,” Ciero said.

“All four of our members have a pretty good shot at placing next week, as long as they keep up the same hard work and dedication, and even the mentality that they’ve had thus far, so we’ll see what happens,” Ciero said. “The only downside is that not everyone on the team could make state, but overall I am still extremely proud of this team’s success this year.”

Students at Winter Springs High will be cheering for their schoolmates, and wishing them well, as they battle against other schools fighting for state titles. The wrestling team has the support of its coaching staff, school administrators, teachers, and students as they fight to have yet another banner hung in the gym ceiling.

Winter Springs High School’s wrestling team owes its success to Mr. Gomrad for building up this teams’ winning name and mentality over the years and their head coach, Coach Ciero, for stepping in and taking over by keeping the ball rolling this year and getting our four members to state competition in hopes of them bringing the title back to Winter Springs High School.